For the ‘Digital Humanities meets Medieval Financial Records: The Receipt Rolls of the Irish Exchequer’ project, I’m looking at ways to digitally encode English language calendars of the rolls and exploring ways to interrogate and visualise the data. One roll has already been transcribed and published, as discussed in an earlier post. Rather than starting with the TEI/XML, I opted to look at getting the details of payment into CSV (and Excel), since this is the type of format that researchers might use to explore the data. It is also a useful format to work with data analysis tools and to create some example visualisations.

I’ve created a collection of scripts to process and clean the data. One script goes through each line of the transcript, looking for details of interest, namely payments and a record of the daily sums. It ignores weekly, monthly, termly and other periodic totals.

A second script creates a CSV file that compares the daily sum value entered by the clerk, with a computed daily value using the pandas library, highlighting where they diverge. This was a useful exercise for finding errors:

A third script parsing the details of the payment and attempts to extract people, places and keywords:

Anyway, the results mean that the data in the transcript is now in a tabular form, which means it can be queried using the pandas data library. For example, we can create the following bar plot which shows the total payments received by the Irish Exchequer for each financial term. 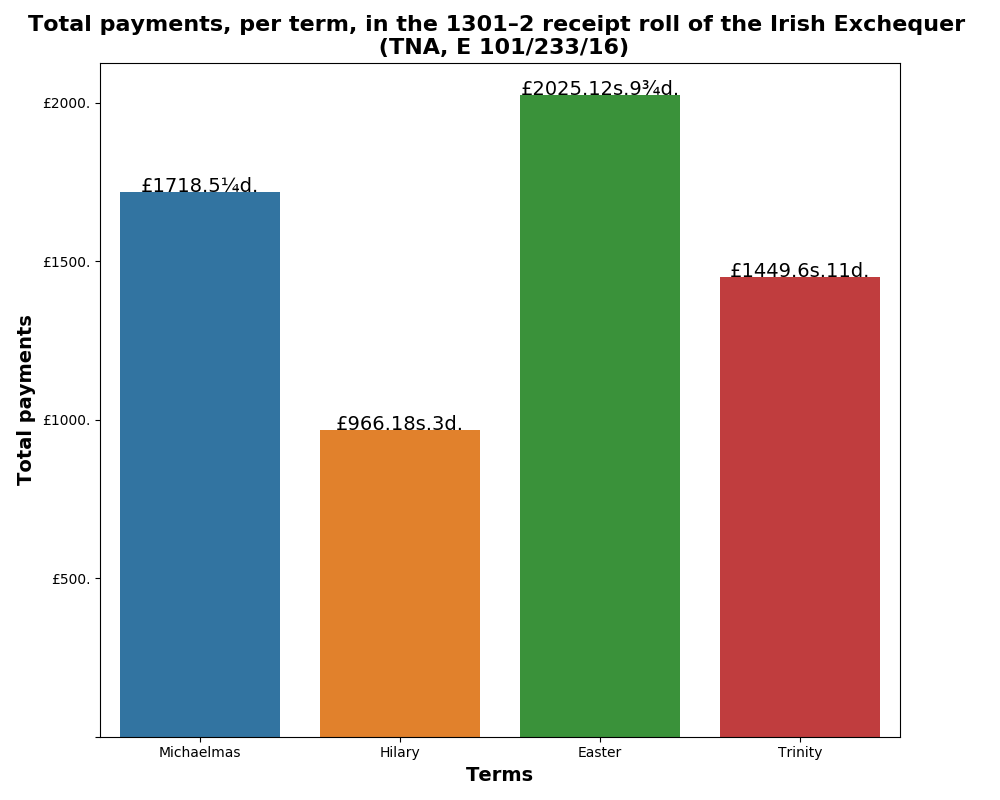 The code and data for the project is hosted here: https://github.com/ilrt/ReceiptRollE101